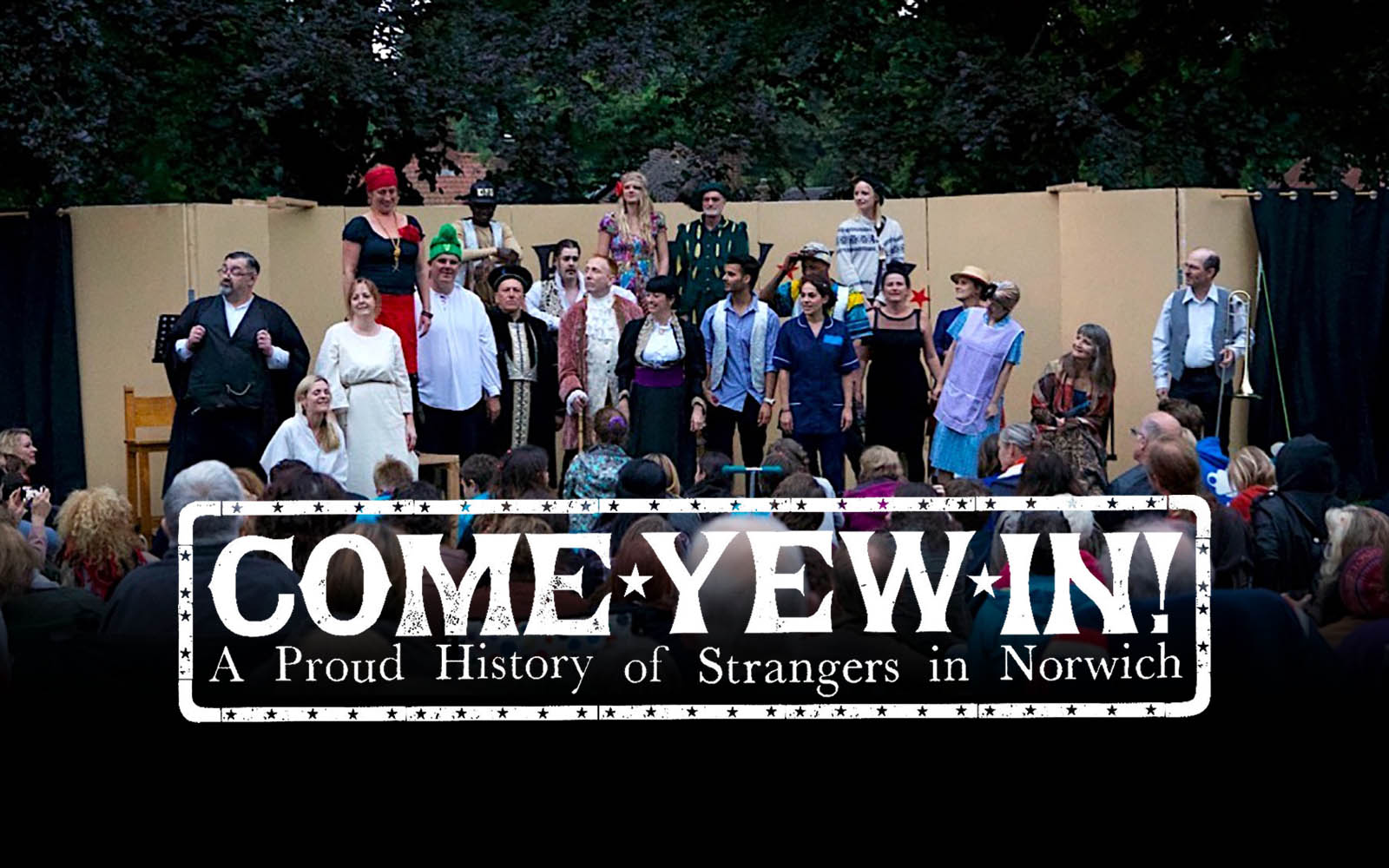 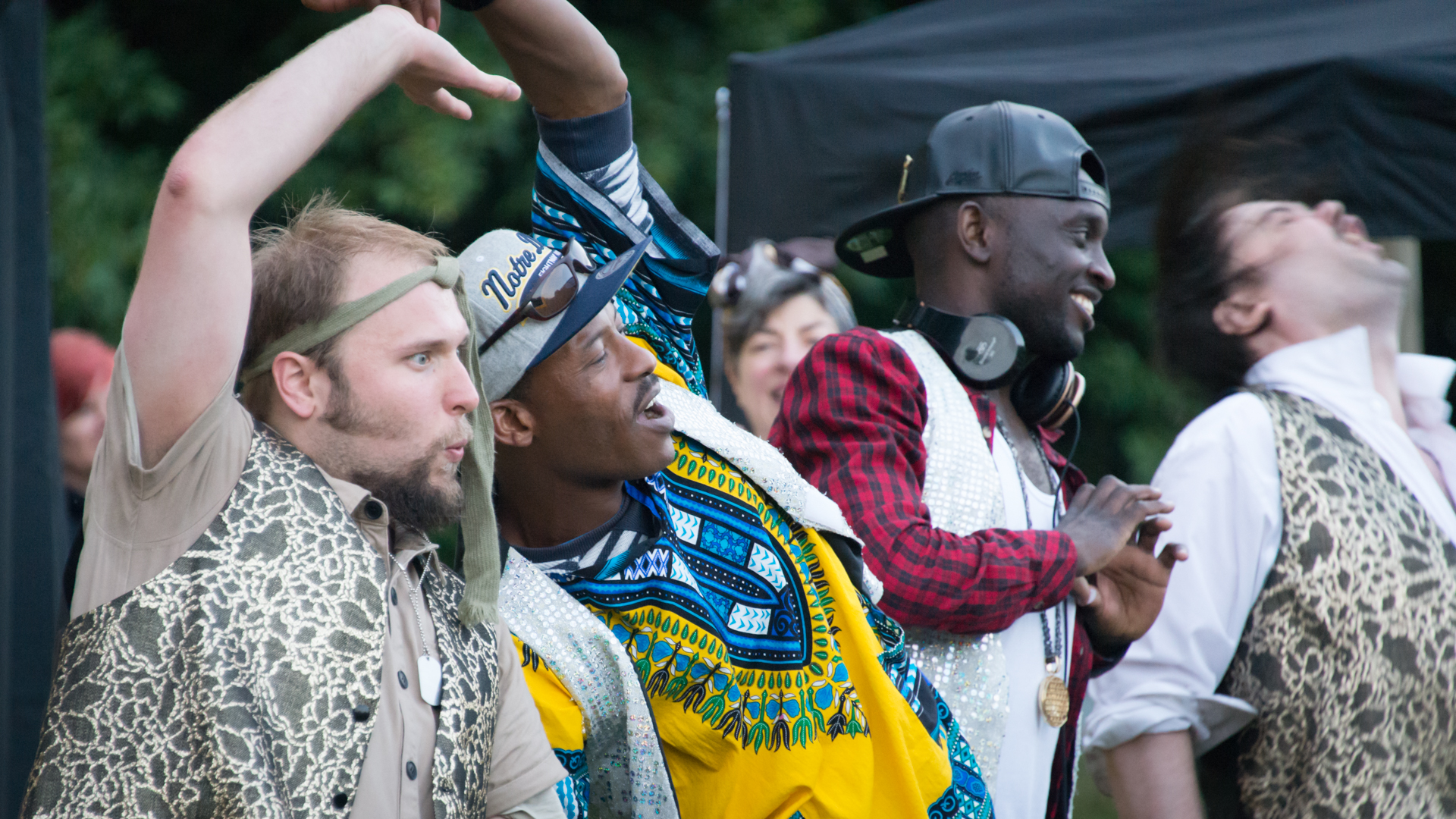 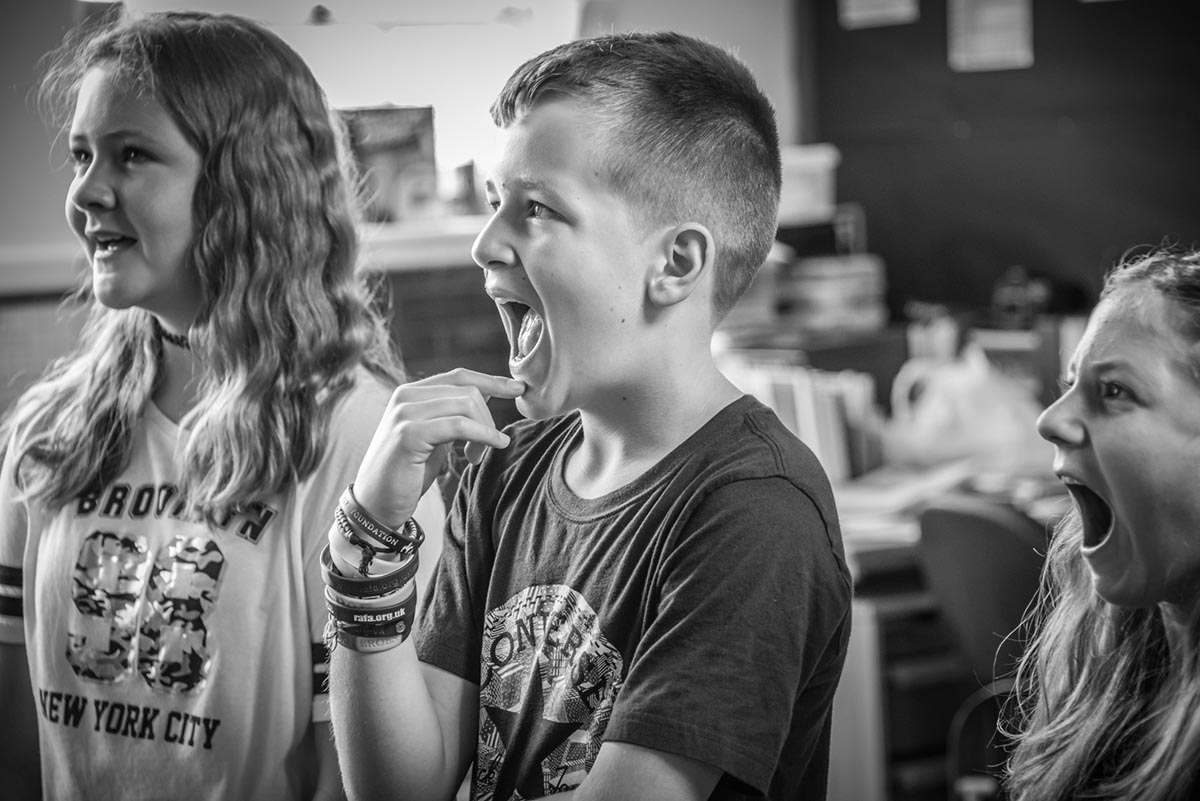 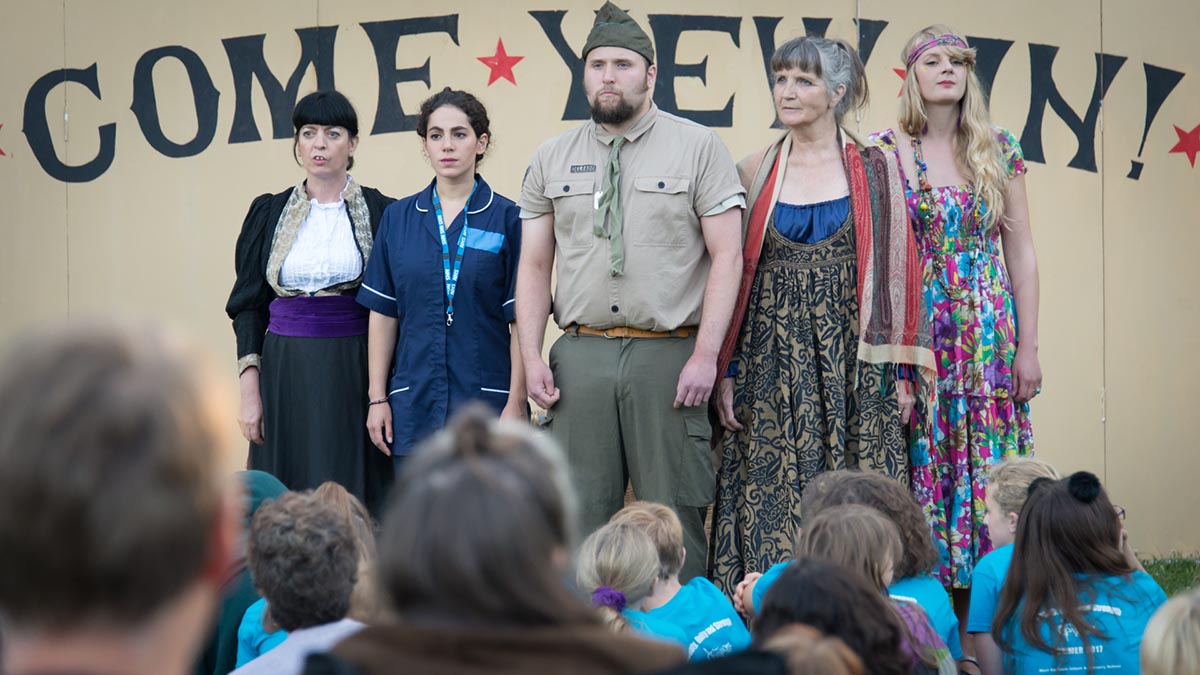 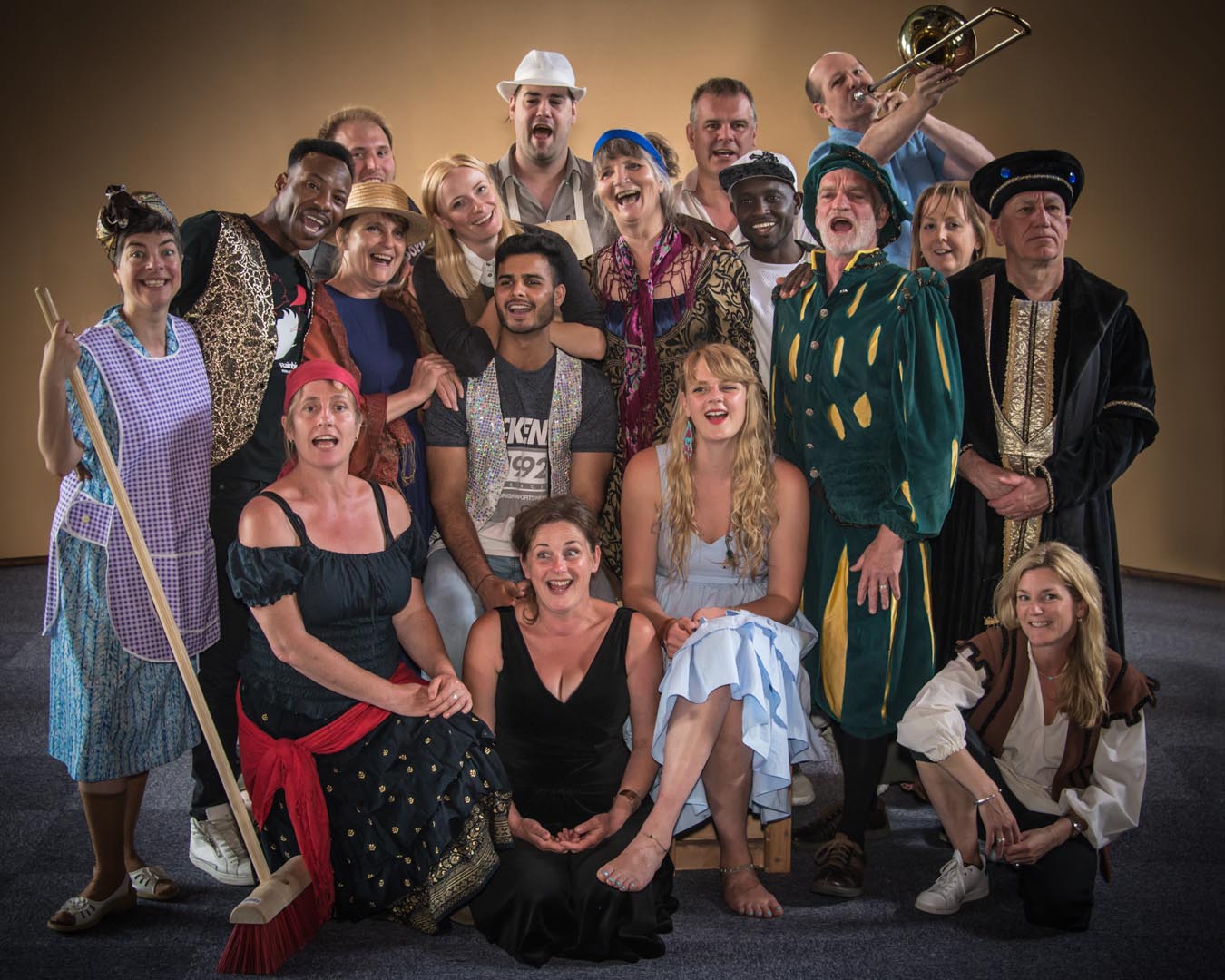 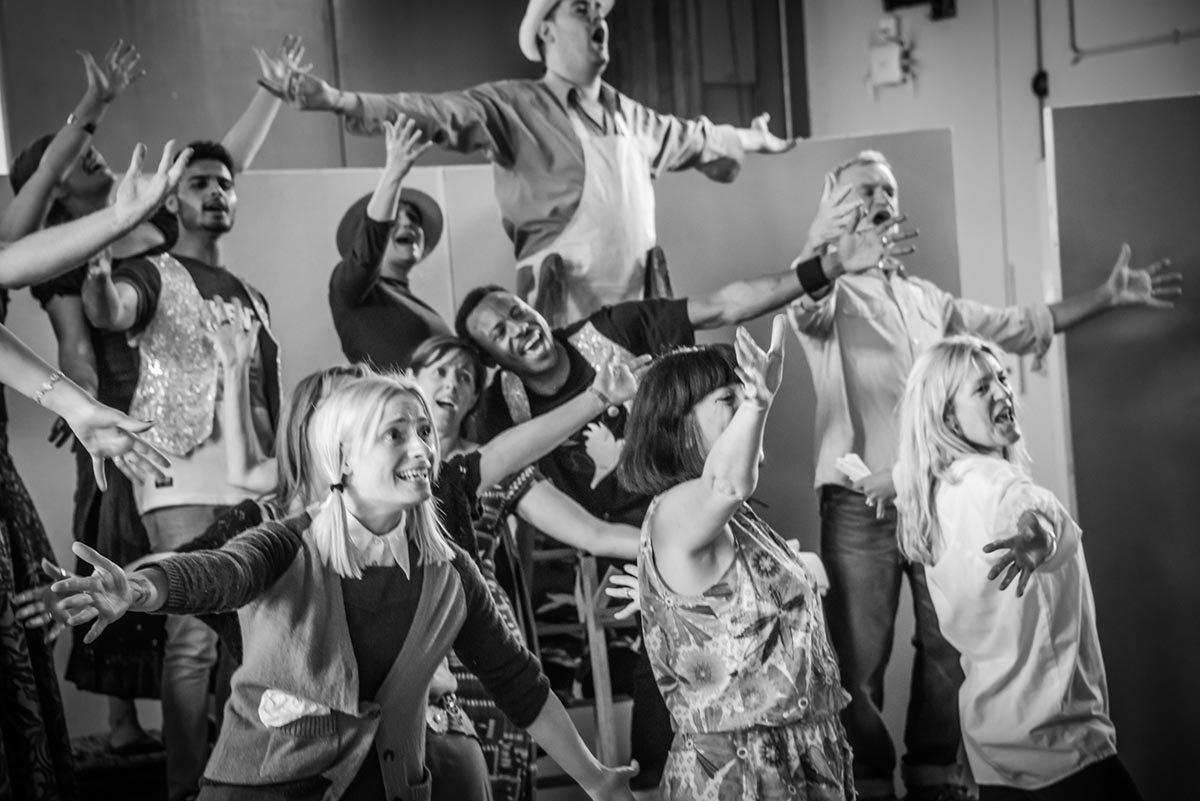 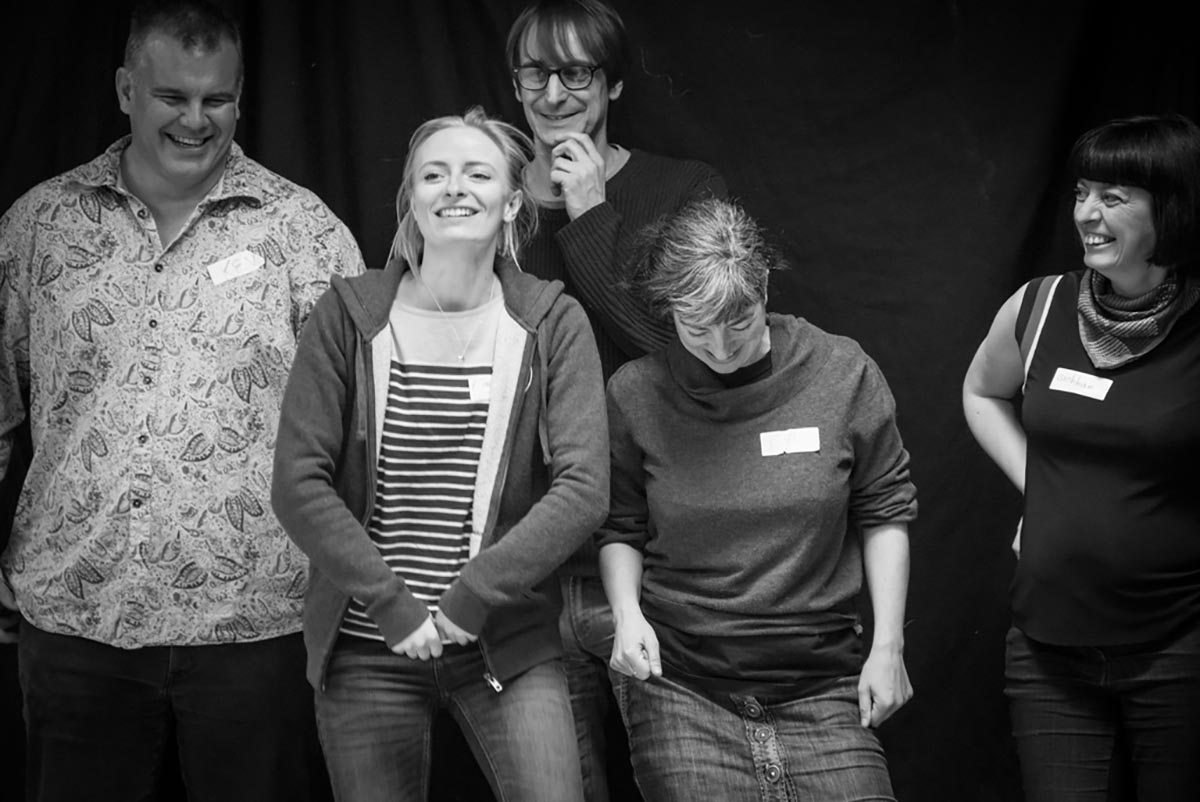 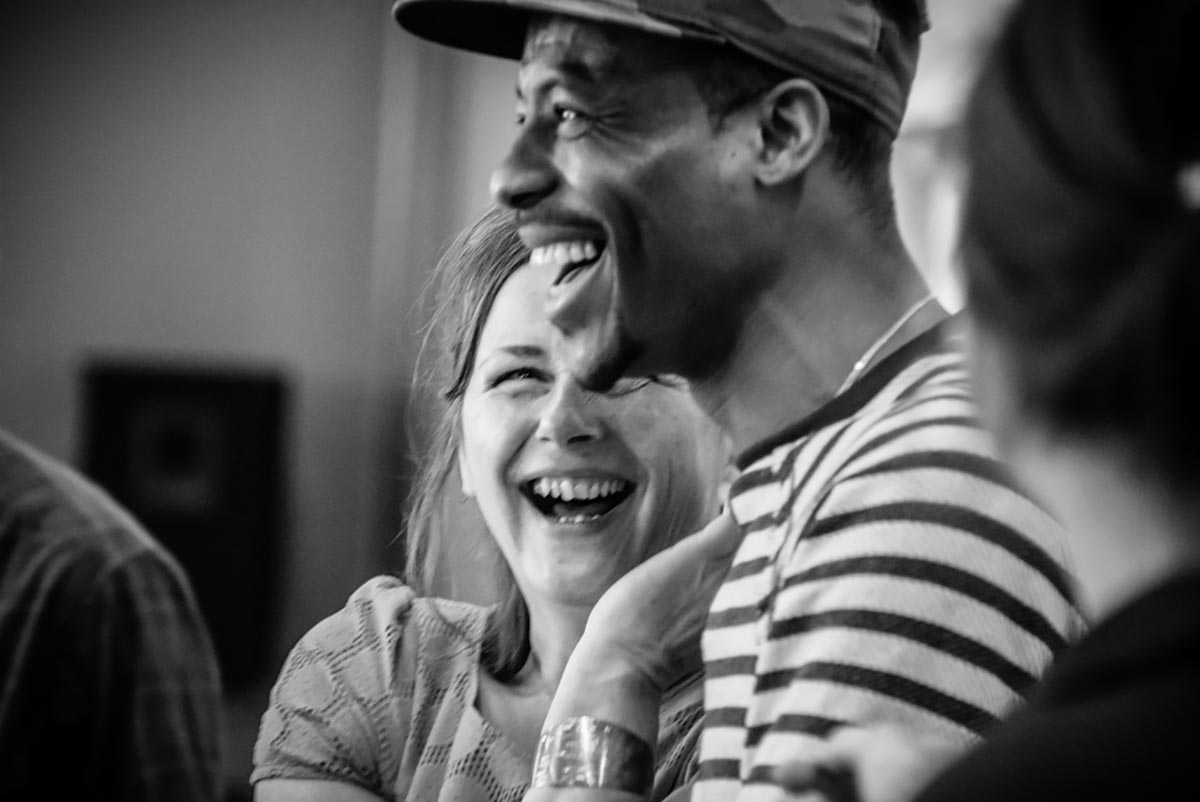 COME YEW IN! is a collaboration with local writers, participatory artists and amateur researchers, actors and crew who produced a free, inclusive outdoor variety show staged around the city’s open spaces in the Summer of 2017.

It’s purpose was to help Norwich people to celebrate and understand the long history of the contribution that incomers have made to our city.

Drawing inspiration from the extensive research conducted by a team of volunteers working with Anglia Ruskin University, COME YEW IN! was a high-paced historical and contemporary pastiche of original dance, song, comedy, audience participation and personal testimony. Participants were drawn from local theatre company the Common Lot and the Norwich-based charity New Routes, who support the integration of modern-day migrants to the city.

The project was fully funded and supported by contributions from the Town Close Estate Charity, Norwich City Council, Norwich Arts Centre, The Common Lot and Anglia Ruskin University. We hope you will help us to make something together that Norwich can be proud of.

The legacy of Come Yew In! continues with the production of a songbook and educational resources for the Norfolk Welcomes Project in county schools.

Come Yew In saw off some serous competition from much larger organisations to win EDP People’s Choice Award 2017 for best large project. Reaching over 3200 people and involvingover 700 people in community and schools workshops and raised £3500 for local charity and partner New Routes Integration.

I laughed and cried. It was happy, sad, informative and made me proud to be Norfolk born and bred and
living here in our fine city. Opened my eyes a little wider to the barriers and issues that ‘strangers’ have… I’m smiling at all I meet now on the street, to show I’m happy to be sharing the world with them. 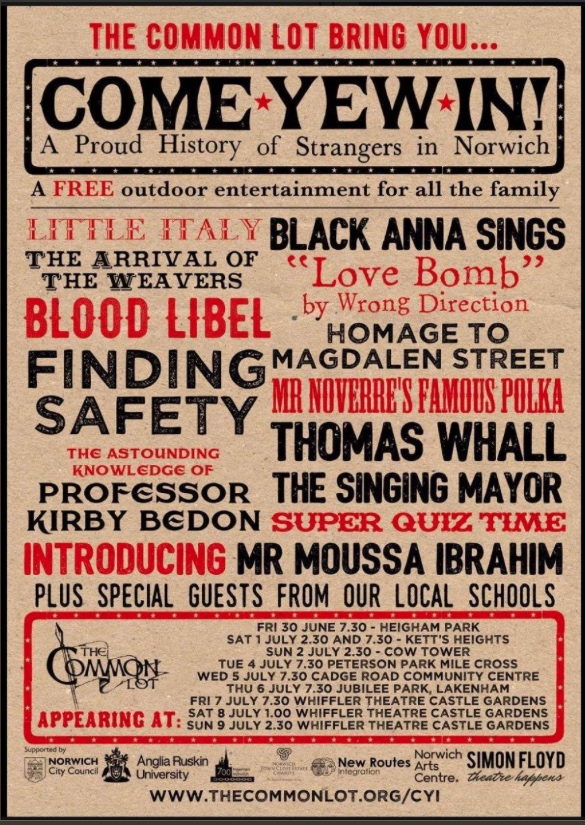 Audience feedback
We use cookies to ensure that we give you the best experience on our website.Ok