Making it a reality 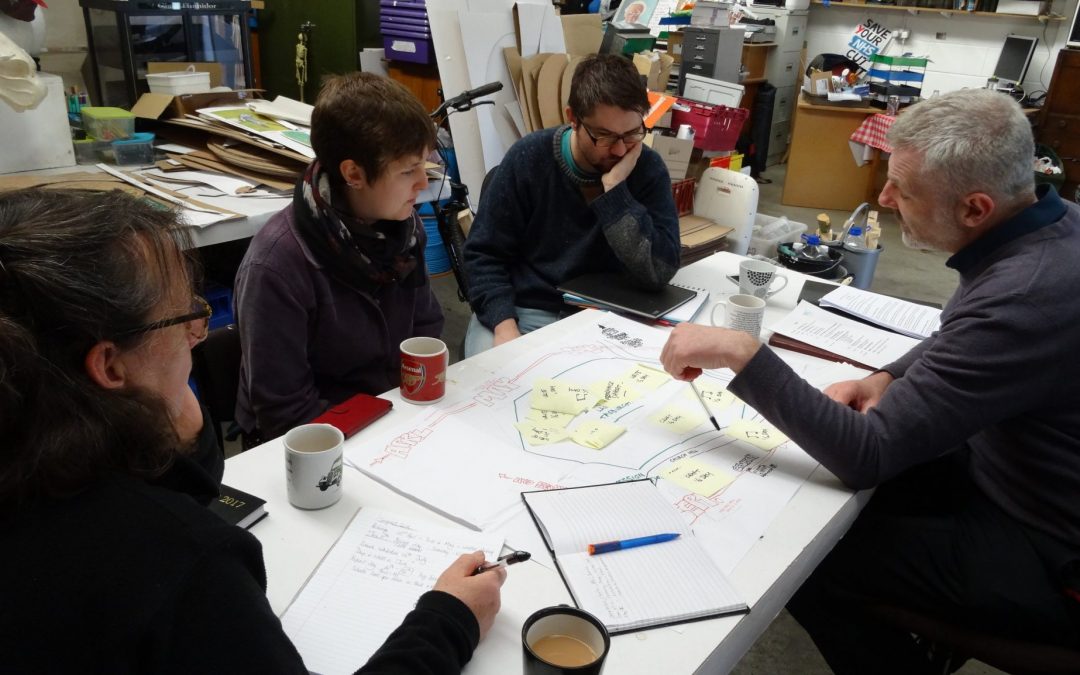 Well, there are no more anxieties any more about getting the balls rolling. In the past 3 weeks we have taken a big leap towards making the project a firm reality.

The Creative Planning group are just putting the finishing touches on the schedule for the creative programme – both in the school for the summer term and in the community during the summer holidays. A full programme will be published shortly – and an article with dates and venues will appear in next month’s Tasburgh Quarterly.   The researchers are organising themselves too and are joining forces with the school to find people in the village willing to have their stories of Growing Up in Tasburgh recorded by the children [talk to Georgina at the school or David Moore if you are interested in telling your story]. The school have really been terrific in their support and enthusiasm.

One of the several recent highlights was talking to the children at the assembly this Monday morning – so many interesting questions coming from their curious minds – and performers, historians, singers and scientists amongst them all. When I asked who didn’t like singing only four children out of 100 put their hand up. How many adults would do the same? I assured the four lone voices that they would enjoy it before the year was out – and the adult tally will rise too. I have every faith in the wonderful Charlie Caine to make marvellous music with the people of the village in the coming months.

As far as the science goes no-one could have failed to have been struck by the incredible images from the geophysical survey of the site [see the research page if you have not already seen them]. For me the past really began to come alive when I saw those deeply intriguing patterns – evidence of very active past cultures; digging building, housing, making, growing on the land. And the big black blob in the middle – believed to have been a kiln – a massive one! Maybe this is why the desire to burn things exists so strongly in the village!

A resident of many years sent me an image of the wicker man that the village burnt on the field at the Millennium. The image of the kiln and this together convince me that, despite a generous offers from a local farmer who owns an adjacent filed, the bonfire has to be on the site – so now we are faced with the challenge of making a raised fire. As a scheduled monument we have to be careful of contaminating evidence for future digs. Ideas on a postcard please.

As we gear up for the first big Bank Holiday dig this weekend I am really beginning to enjoy the process. With the initial scheduling almost done and the work firmly underway we can begin to concentrate on the what and the how, rather than the when.

It’s time to get inspired …