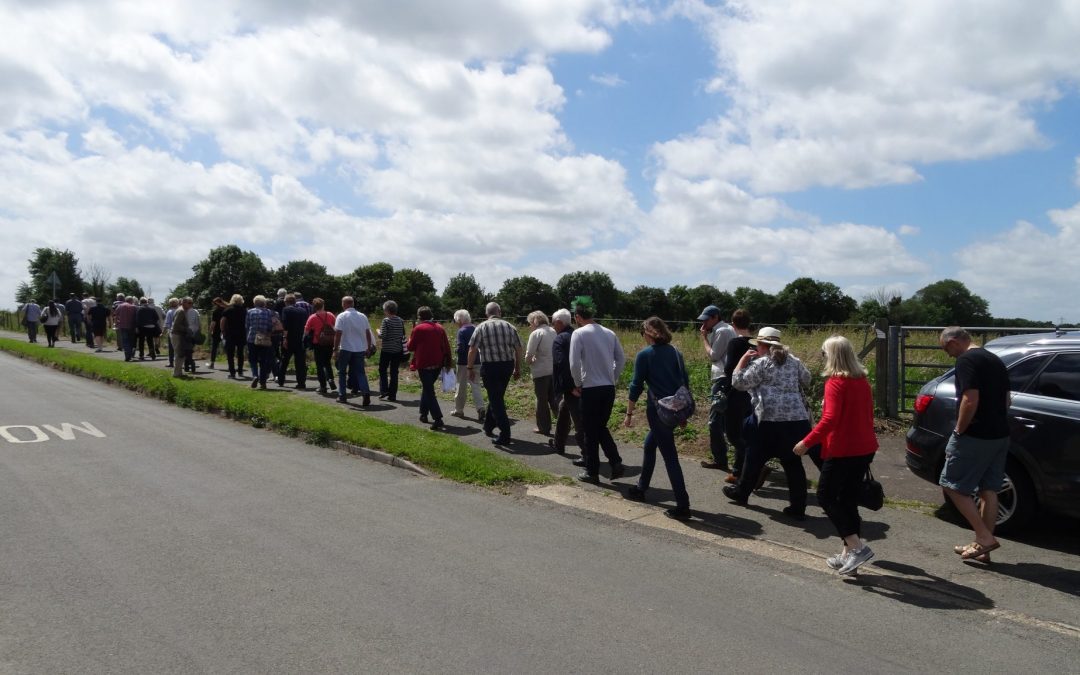 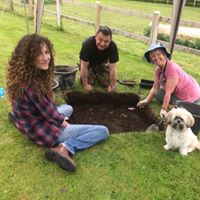 On Saturday we held a Discovery Day at the village hall with another good turnout.   We heard from Dr. John Alban, the former county archivist who is ably leading the ‘people’ strand of the documentary research, and then Dr. Brendan Chester Kadwell – who has been helping a few Tasburgh residents delve into the secret s of old parish maps of every description. Incidentally Sara Helen Binney – our creative writing facilitator – has also just received her PhD – so that’s a third doctor in our midst. With so much brain power we should be able to go a long way with Imagined Land in Tasburgh.

Giles Emery, the archaeologist who has become familiar to quote a few in the village, was also on hand to present some so the findings of the digs over the May bank holiday weekends – the curiosities include Saxon pottery where there wasn’t supposed to be any and a perfectly intact toy digger on the school filed – obviously played with and abandoned by a youngster a quarter of a century ago. It’s not always the ancient stuff that gets us excited. Many years of school fates and some avid metal detecting also yielded a full £6.40 in loose change. It’s kind of heartening to know that we are laying down evidence of today as we go about our business. I can imagine archaeologists way into the future discovering those money and diggers and asking questions. “Was there a school here? ” 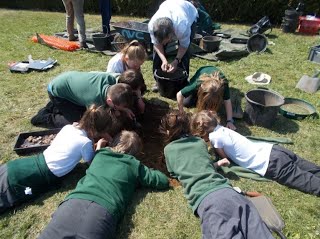 The highlight of the day for me was trooping onto the field with Dave Bescoby, who conducted the geophysical survey. He had marked out with white builder’s spray the patterns of possible buildings, breaches in the ramparts, tracks, a kiln and pillar holes where once the roof of a large dwelling, possibly a meeting house, would have been held up over the early settlers to the village. In the morning there were sheep – in the afternoon the 40 or so of us that walked with Dave were able to imagine a whole lot more of the village that was there before any of today’s houses were built.

The morning was rounded off by taking a short walk across the road to the garden at the Old Rectory – where the view over the Tas Valley makes sense of the siting of the enclosure – thank you to Messrs Handley and Mixer for letting us invade.

The smell of bacon rolls provided by the scouts the Summer was enough to tempt a few back to the village hall for the afternoon, where some of the participatory artists were able to give short presentations on the writing, crafting and performance work that will happening in the summer, and that has already begun in earnest at the school. 40 lanterns have already been built – and very soon we will be helping people to spark their imaginations further in preparation for the Imagined Land pageant in September. We will be launching the creative programme, along with the project exhibition, at the school on the evening of 12th July. I look forward to seeing you there and an invite will be with you shortly. . 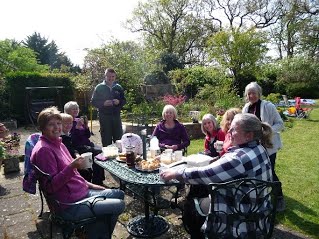 I get the feeling the creative work may be a slightly harder sell than the research and the archaeology. Even the most active and engaged people are claiming they can’t sing – or write – or make – or write. Well we are here to prove you wrong. And in the summer expect to see a lot more of me persuading you to join the fun. Onwards and upwards.