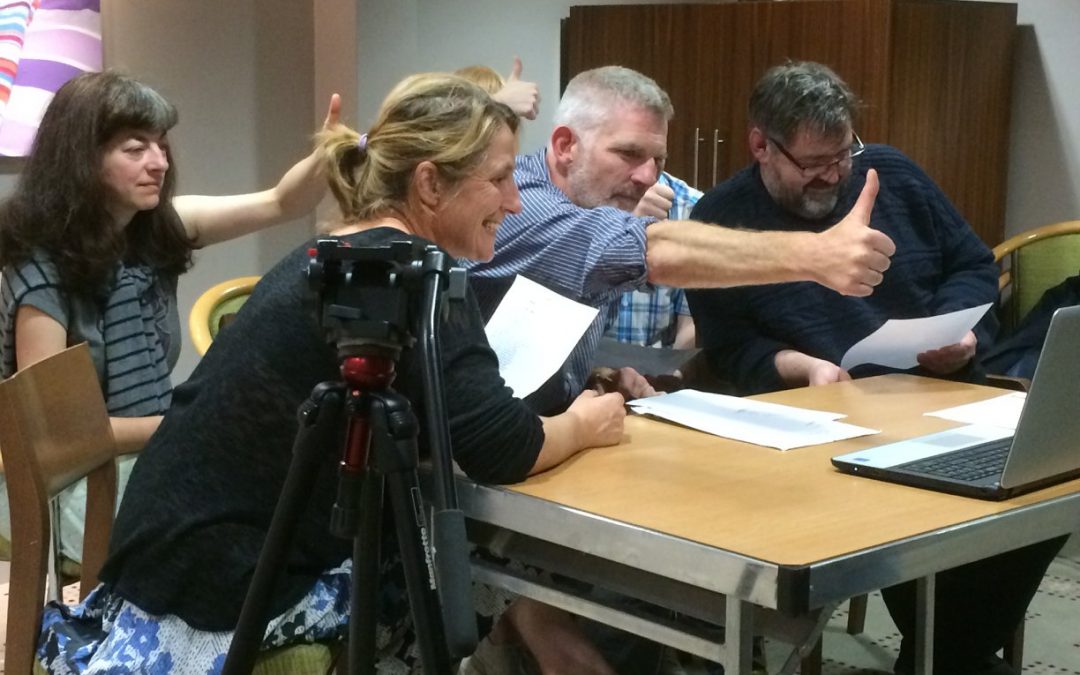 Casting is a delicious problem.  Back in 2013, after not making theatre for far too long, I remember the rush of joy, excitement, responsibility and anxiety from seeing 30 odd A4 faces of all those who auditioned for Boudicca: the Pantomime spread across the kitchen floor – all begging to be found the part that will make them shine.

We did reject a few, but it wasn’t pleasant to do.  With community shows since then my approach has been to simply cast everyone and sort out the finer details later.  If they have the commitment and the desire to see the project through, then that’s been enough for me. It’s both fun and sensible to fit people to parts over time – growing the ensemble first. There is always enough good meat in the chorus for those that miss out on a more central role – and after-all it’s the taking part that really counts.   That is the Common Lot way. Strive to be brilliant, of course – but equally important and wherever possible – include!

But this week it’s all been a bit different. Having the scope to employ and pay actors for the 1549 tour in May means that casting becomes a whole new ball game.  This time it’s ‘exclude’.

Thursday and Friday saw a succession of local acting talent coming through NAC auditioning for the meagre 5 roles available. They weren’t there for the fun, but because they are talented committed professional performers trying to make a living.

And if that seems a little obvious, I’m just expressing the learning curve. Blending professional talent, assessing the incredible variations in what they bring and weighing them up together as an ensemble is a big stretch zone for me. We have had to go that extra ‘professional’ step and issue a recall so we can have another look. Despite their abilities, no one drops in your lap as perfect. I guess that’s why big film companies literally trawl the nation until they find the one – because they can. There’s a ruthlessness to it.  It’s a comfort to think most will have faced rejection before. Part of the job – and why I could never have just been a performer.

In the end, as producer, the deliciousness of the responsibility comes back. Amateur or professional, theatre is people alchemy. And this time the opportunity to work with a few strong chemicals in a concentrated space of time means we can create something really potent.

It’s a good story – and the talent is most definitely out there.

Better get on with finishing the poster, then…