Come Yew In! – Where to start 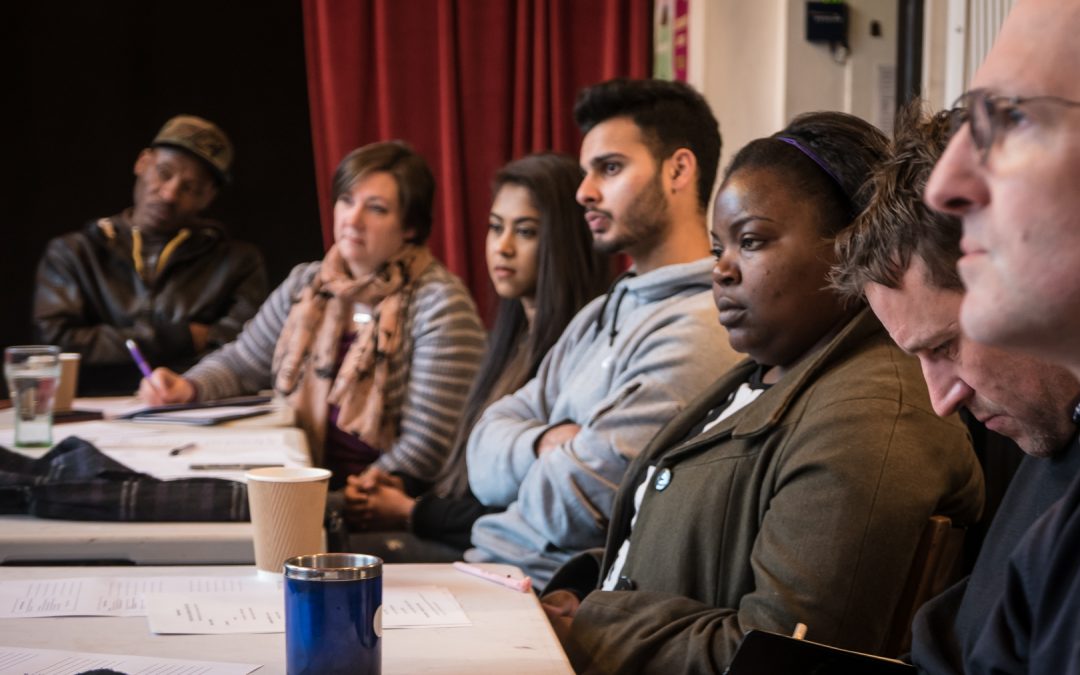 In trying to begin  this blog I’ve written and then rejected  several opening  sentences , all of them worse than this one.  I’m struggling to know where to start talking about a project that I am so close to, and that is so multi-faceted and potentially expandable.

So I guess I should just start with the idea, because Come Yew In!  is a good idea.

For, with and about the people of  Norwich,  The Common Lot and New Routes are going to write, rehearse and perform a free, inclusive, humanity-laden variety show about the history of incomers into the city.

This is a good idea because it’s such an important and lively  theme at the moment.  Local pride, global politics personal story and the lessons and repetitions of history all play heavily into it.

To build inclusive, respectful, life-affirming theatre from this in the short time we have is a big creative challenge.  But if done well  [ and we will work very hard to do it well]  theatre can touch us with big stories of mankind’s struggles and triumphs like no other art form can.

I am a firm believer – even an evangelist – in the power of locally made, participative theatre to change minds and make for tolerant, warm-hearted,  co-operative communities.  Not theatre that is shown to its own limited audiences in the usual venues – but theatre that is free and can travel,  pitch up, do and enjoy the fact of an audience to talk to. Theatre that is unashamedly populist and determinedly accessible to anyone who says it’s not for them. Theatre that employs  styles and techniques that easily appeal: comedy, songs, games, pantomime.   These conventions can both royally entertain and carry a strong humanitarian message.

Then by extension the show itself, laden as it will be with wonderful amateurs [from amar – to love]  becomes a motivating, live,  brilliant example of what a group of committed individuals can do when they value their unique spirits and express their common humanity together.

That’s why I am so pleased to be working with Jeannette and her ARU research interests. This roots us in the rich soil of good habits and  gets us several layers down into a subject we simply must do justice. It also allows  those who may not immediately consider theatre as an endeavour, to join the party as engaged and active investigators.   The Common Lot is built to include.

So by way of a short status update – the research phase will be coming to an end soon and we’re  soon to be gearing up to go launch the project  in March and find the people who will join us in the cast and crew. Currently the links with New Routes are being made- the writers are being found – the tour is being finalised –  the music is being discussed – the rehearsal spaces being looked for.

To make the journey  from nowhere to full production in 5 months with volunteers seems crazy, but at least now the train has left the station.  People are jumping on board and becoming excited. They want to make it happen. They do so because,  first and foremost – they know it’s a good idea …

The idea, it turns out then, is where both the show and the blog start.  The rest is laying down the tracks as we roll…