ANGLIA SQUARE: Curiosity, Questions and Summoning a Sense of Place 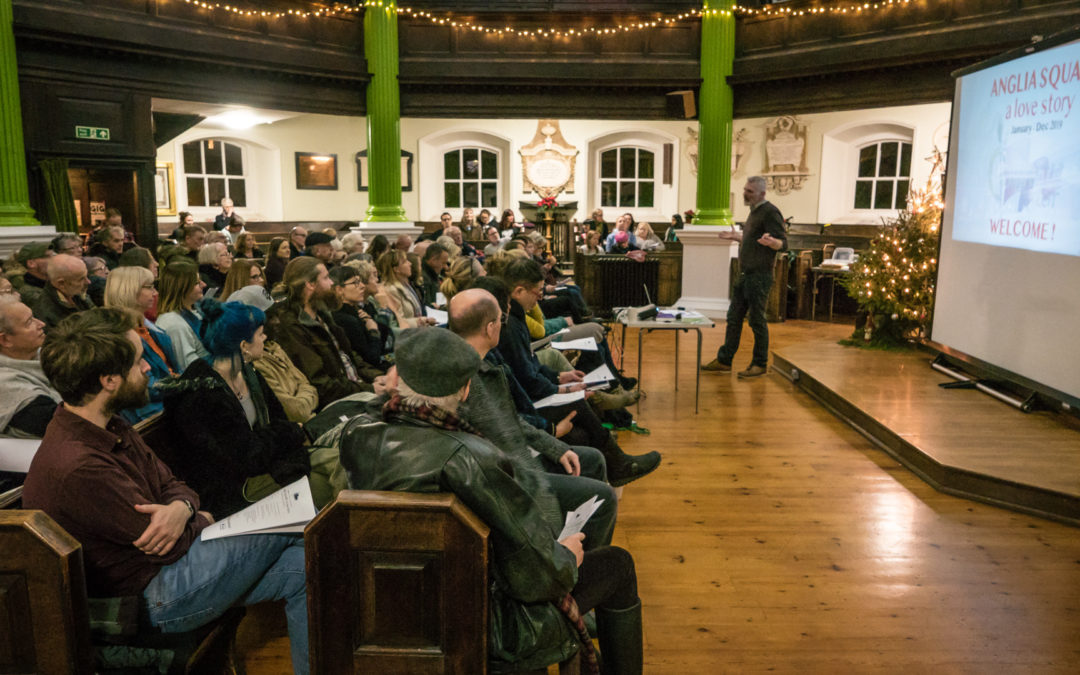 This morning the schools director Duncan and I took Wensum Junior’s year 6 kids on a guided walk around the square and surrounding area, hoping so to bring alive some of the history that is currently being unearthed by our small army of community researchers.

Rather brilliantly Wensum School are spending the whole term working as historians themselves. (http://www.wensumjunior.co.uk/year-6-curriculum/ ) They also spend a term working as scientists, and next, term as artists.  This inspirational, integrated approach makes for open, curious kids, used to listening and asking questions.

It also means that the school are leading on the project early with the other three primaries and one secondary beginning their work with us in March. The trust Wensum have placed in the Common Lot team in making this subject central to their term’s learning is a big challenge for us, but also a huge opportunity to work alongside inspired teachers who are giving their all to support the capacity of children to learn for themselves. It’s the kind of school I wish I had gone to.

Today the children took dozens of originally designed public opinion surveys; snapped photos everywhere with the techniques learnt on the phone photography workshop and trooped around after myself and Duncan whilst we regaled them with tales of new roads, lost streets and shops, cinemas opening and closing, breweries, weaving, piggeries, defence ditches, dying and iron smelting. Even some radical Chartism went into the mix for good measure.

For me the best thing about this is that it is the first time I have seen first-hand the community and the schools work coming together. Without the community research we would never have been able to evoke the smells of the edgelands around Alms Lane n 1270, or heard their delighted yeughs at the idea of leather tanning with precious urine. Not a drop was wasted.

This time we are integrating more – seeing the opportunities for community and school to come together in a shared learning purpose. The planned research conference at Wensum and our own public launch at the end of March; the displays of the other schools scheduled for May; the taking of oral histories of local people or enthusiasm of some of the community researchers to visit the schools and talk about what they have found – all these represent good opportunities to mix it up more and share the benefit of finding out about where we live, and how it has changed or stayed the same over centuries.

Our sense of place is intangible, but capable of growth and expansion into a sense of respect or belonging. This feels so important right across the genrations – especially if we really are a City of Sanctuary as we so proudly state. (https://cityofsanctuary.org )

All of this plays into my mind as we are walking. I hear myself say it – this magnificent North of our city, Over the Water – where Norwich can truly be said to have begun. And since – centuries of non- conformism, engagement with politics and preparedness for debate or dissent. All of this of course engendered in our ability to assimilate difference and turn the massive influx of 16th century Weavers into a triumph of tri-lingual tolerance and industrial wealth. Over the Water, where the weavers settled, was the heart and pulse of radical Norwich.

Then as we walk I know for sure that our show in July has to work across the area, not just tell the tale of Anglia Square – but of what has surrounded it.  This time, despite agonies about access (a later subject no doubt) we will not go to our comfort zone of picnic shows in the park. It needs to be here, where it happened, where it is happening. 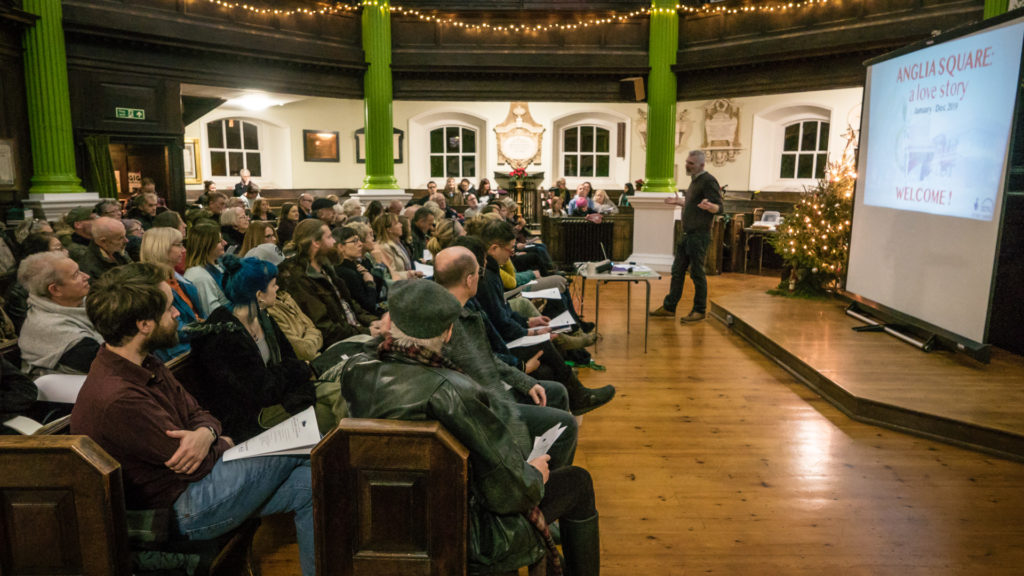 Perhaps then – three stages, with three shows linked together 30 minutes apart – the prologue taking us consciously across the river and Over the Water to the first. On the way to the others, who knows. I hope we will have enough choir, and enough creativity coming at us to make it grand, or at least surprising.

The last stage will lead us to the Square and, as its future looms, perhaps a consideration of what we want our city to be.  Whatever show we make I hope it will make us proud and reflective in equal measure.

At the very last it should make us interested, and like the inspiring kids of Wensum School, up for asking questions …